ToorCamp is the five day, open air, tech camping event that attracts around 500 of the top technology enthusiasts to the Washington Coast. This year’s camp is located at the Doe Bay Resort on Orcas Island in the San Juan Islands in Washington State. The weather averages a low of ~50 degrees at night and a high of ~75 degrees during the day with water temperatures averaging ~53 degrees. The main campsite area is where the main talks, workshops, and other parties will be held along with all of the theme campsites, and general camping. There are also 31 cabins, 6 yurts, and 2 geodesic domes at the resort that are available for attendees to stay in.

In the main campsite area we have all of the main activities located in the middle of the camp and cabins throughout. There will be a few different areas designated for general camping and premium campsites available for certain individuals that would like to pay extra to camp on the side of a cliff overlooking the bay or in a secluded area away from the hustle and bustle of the camp. There are also some great yurts and domes that are available in case you still want to camp but don’t want to haul out a tent.

The main campsite area has public showers and restrooms as well as portapotties. Wired and wireless internet access is provided throughout the campsite. Wired power is limited to camps that are located close to the center of the camp so if it happens to be something your camp requires please let us know. If you aren’t part of a campsite we have a public camping area that you’re welcome to use but we encourage you to become involved with a group camp and make some friends while you’re at it!

ToorCamp will feature a wide range of talks from hacking computers to brain hacking, from brewing soda to fighting robots, from civil rights to lightning guns. The only guideline we use for talk selection is that it has to be something that most geeks would be interested in learning. This means that whether you’re a hardcore coder or just someone who appreciates technology at a high-level, there will be plenty of talks to pique your interest.

We try to make ToorCamp as interactive and hands-on as possible. To achieve that end we’re setting up 4 different villages, the Hardware Hacking village organized by HardHack, The Lockpicking Village organized by The Open Organization of Lockpickers (TOOOL), The Crafting Village, and The Maker Village. Each will have tools setup for people to jump in and hack on things and will feature workshops throughout the event teaching skills ranging from soldering to lockpicking, sewing to welding, blacksmithing to soda brewing. There will be plenty of activities and workshops to keep you busy between sipping mojitos and chatting over the BBQ.

ToorCamp is well known for it’s parties and attracting some of the best hacker/tech DJs in the world. That being said — we will have some music this year, but because of the local noise ordinance all amplified music will stop at 9:45pm, and any other performances will be in the Yoga Studio and stop at midnight. If you’re a DJ or band and are interested in playing at ToorCamp, please email h1kari@toorcon.org.

The beach is just a few steps away from both camping areas and definitely doesn’t disappoint. It’s one of the most beautiful areas of Washington with views of islands as far as you can see. There’s space to dock boats in the bay for those arriving by boat and seals can often be found in the waters around the resort. The resort also features a soaking tub and sauna if you’re looking for something a little warmer.

Doe Bay has a wide range of cabins with various numbers of beds, bathrooms, heating, etc. To view a full list of their accommodations we recommend that you visit their website. We will be providing a discount code to ToorCamp attendees that can be used to book available cabins and premium camping spaces at Doe Bay during the event. If you have any questions about cabins, please direct them to Doe Bay.

ToorCamp 2016 is located on Orcas Island and is within a 25 minute drive of the town of Eastsound that features many upscale restaurants, shops, farmers markets, gas stations, general stores, a movie theater, and other accommodations. The closest big-box stores are in Anacortes before the ferry so make sure to do your major shopping before coming to town but most smaller items can be found in town in case you forget anything. Also, please be respectful of all posted signs and local laws. More detailed information on what to expect and bring can be found at http://wiki.toorcamp.org.

THE FIVE DAY, OPEN AIR, TECH CAMPING EVENT
WHERE YOU CREATE MORE THAN JUST IDEAS AND BUILD MORE THAN JUST INVENTIONS. You reunite, reignite and get real with people who are really smart at what they do.
Just like you. 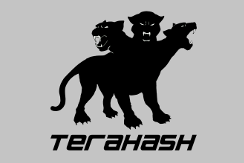